This week on Let’s Talk Clothes I sit down with former art student, current beekeeper, and wine enthusiast Madison Weir. In this episode Madison and I discuss early life fashion choices and influences, the utility of clothing, and brand loyalty.

Since she was young, Madison has always had an appreciation for clothing and fashion; citing her parents and grandparents as her sartorial influences for as long as she can remember. Many of Madison’s personal fashion rules come from her parents and grandparents, including not wearing an un-ironed shirt, leggings aren’t pants, and investing in good quality items. Even with all these personal fashion rules, Madison admits to being a theatre kid in high school, which involved some outlandish outfit and makeup choices — there’s a story in the episode about wearing her Absinthe Fairy costume to class one day. After talking to Madison for a short period of time, it’s clear that she likes to make a bold statement with her clothing, even if it’s something simple and paired down like her off-white jumpsuit finished off with a bold lip.

During her time in university, where she studied film, Madison’s relationship with clothing shifted. The demands of her program — travelling to filming locations, carrying gear on public transit, and long hours — forced her to develop a more utilitarian relationship with clothing; can you say “form follows function”? In the episode Madison reflects on how, after seeing unpleasant film-day photographs of herself, always trying to wear lipstick so she didn’t look quite so dishevelled. Walking the line between fashionable and practical has carried forward to her current job, where Madison works as a beekeeper. Being a beekeeper means lots of physical labour, and working outside in all manners of weather, which doesn’t allow for your cutest, or most fashionable outfits. Not to mention the propolis — the glue the bees produce to stick things together — which doesn’t come out of clothes. Because of this, Madison has designated certain items as work clothes, and others as non-work clothes. On top of all of this, Madison also runs workshops with the public, where she has to balance looking professional while wearing functional clothes. 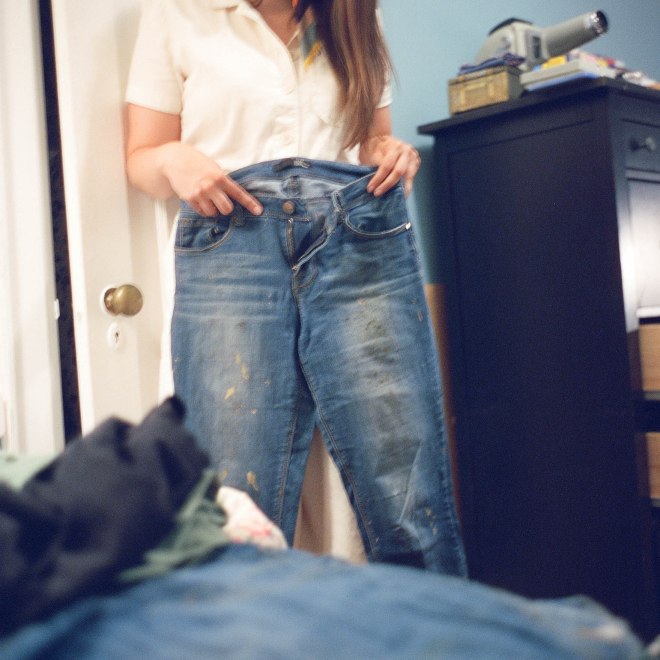 Over the years Madison has developed some brand loyalty when it comes to clothing purchasing. When asked about her brand loyalty, Madison explained that there are certain brands she will buy from based on the quality of their goods, as well as their labour and sustainability practices. She’s willing to spend a bit more money, per item, if she knows that it was made under fair working conditions, and will last her many years. This is all, no doubt, informed by her parent’s and grandparent’s advice to buy quality items. 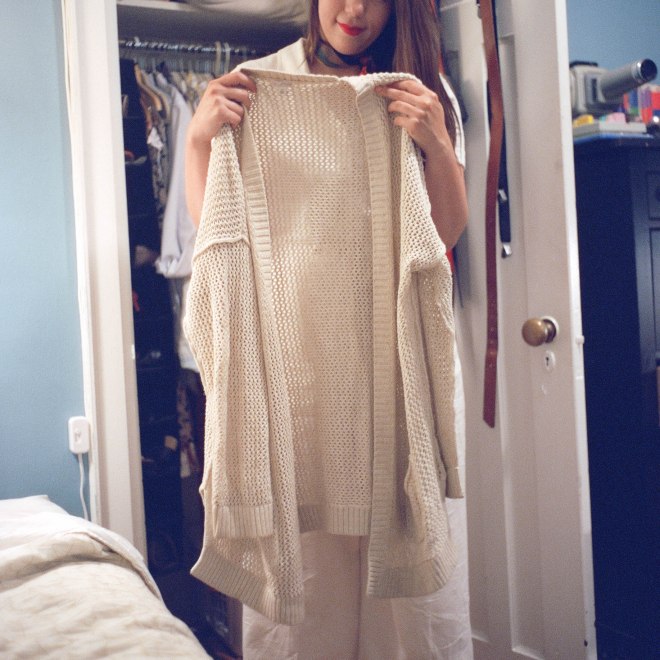 Other things discussed on this week’s episode include: people watching on transit — specifically looking at business mens’ dress shoe bootie covers — the book and blog Dads are the Original Hipsters, and the summer we spent sewing children’s costumes, listening to Charlie Winston.

If you want to see what Madison is up to, you can follow her in Instagram at @archieandeuclid. You can follow the podcast on Instagram at @talkclothespodcast, or get in touch by emailing talkclothes@gmail.com. Please subscribe and rate on Apple Podcast! Thank you for stopping by, and until next time, I bid you adieu.

One thought on “Ep. 7 – “Not Quite What I Wanted” with Madison Weir”