After a months-long hiatus, we’re back with another episode of Let’s Talk Clothes! This episode I sit down with Johnny Cann to discuss clothing and self-expression, personal fashion influences and inspirations, and fashion reality TV. Originally hailing from Nova Scotia, is one half of the That’s Spooky podcast (which he co-hosts with his partner, and former Let’s Talk Clothes guest Tyler Hyde), and says that if he were a drag queen his drag name would be either Leslie Fist or Cake Bush.

After talking to Johnny about clothing and his personal wardrobe after a few minutes, it’s clear that he puts a lot of care and consideration into what he puts on his body. When asked about his personal style he talks about many phases of his sartorial expression: from hoodies and jeans during his hardcore music days; to a utilitarian wardrobe while both studying and working in theatre production. Johnny admits that it’s only been in the last two years that he’s added more colour into his wardrobe as a concerted effort to express himself, and explore the various facets of his identity. This exploration of self-expression through clothing is partially tied to his recent move to Toronto from a small town in Southern Ontario. Moving to a larger city has left Johnny with a sense of freedom when it comes to expressing himself through his clothing choices. Johnny has lived in a number of places throughout Atlantic and Central Canada, which has informed his clothing choices to various degrees, whether it be for practical reasons, or for personal safety through the coding of dress. When living in a smaller town or city Johnny will typically dress more conservatively, but when he’s living in a larger city — like Toronto or Montreal — he has a greater sense of freedom when getting dressed. Recently Johnny’s been drawing inspiration from individuals like Instagram influencer A Bear Named Troy, incorporating both masculine and feminine elements to his daily outfits. 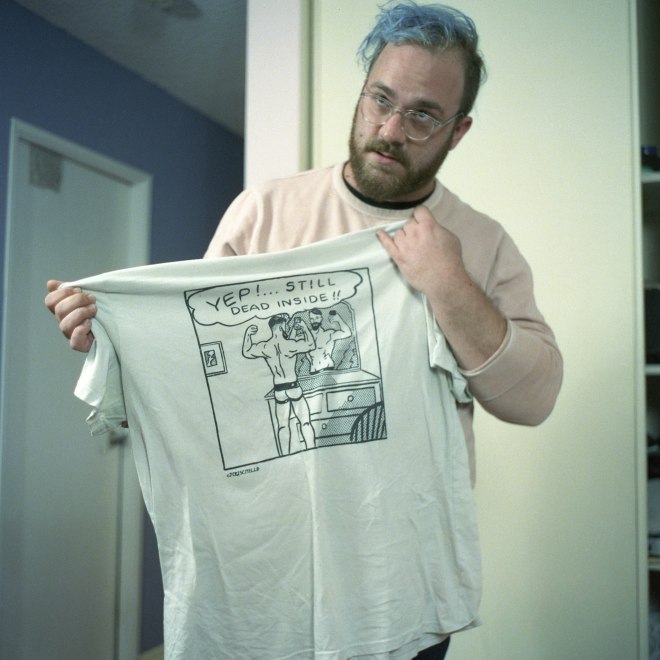 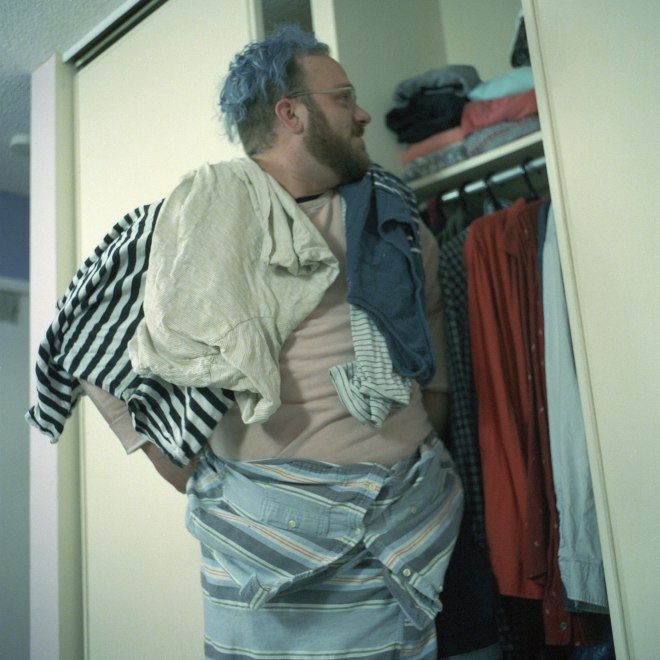 One of Johnny’s biggest and earliest influences has been reality TV — specifically fashion reality TV. From What Not to Wear to Project Runway fashion reality TV informed a lot of Johnny’s understanding of clothing, both globally and personally. Most significantly, while falling down an internet rabbit hole, Johnny came across an interview with Tim Gunn talking about the semiotics of clothing. This video has stuck with him, and his understanding of clothing, ever since. Other things discussed in this episode: a lot of shady moments on reality TV (take your pick!), as well as a great article about Stacy London (of What Not to Wear fame) discussing her style evolution.

If you would like to see what Johnny is up to check out his podcast, That’s Spooky, or see his work on his instagram account @pansytwist. You can follow the podcast on instagram @talksclothespodcast, or get in touch by emailing talkclothes@gmail.com. Please spread the word by sharing, rating and subscribing on Apple Podcasts (’cause that’s what the kids are calling it these days). Thank you for tuning in, and I’ll see y’all next month!